This morning it was revealed that Katherine Priddy and Spiers & Boden will play live at the show – the very first end-of-year folk chart that marks a tremendous 12 months in the world of folk and acoustic music.

The event is streamed live from Cecil Sharp House in London on Tuesday 1st February from 7pm – the usual time for the monthly folk chart show.

Presented by Folk on Foot’s Matthew Bannister with special co-host Lady Nade, the show features exclusive live performances, videos and chat from some of this year’s movers and shakers alongside a gripping run-down of the top 40 best-selling and most streamed folk albums of the year.

Katherine Priddy who’s debut album The Eternal Rocks Beneath hit the No.2 slot in the chart in June, delights with her haunting vocals, rich harmonies, distinctive finger picking guitar style and original songs. 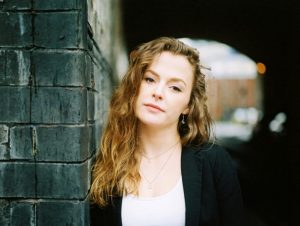 More artists will be announced over the coming days.

The Official Folk Album Chart of 2021 is streamed live on Folk on Foot’s YouTube Channel at 7pm on Tuesday 1st February. Click HERE to visit Folk On Foot’s website for more details.

Back in October 2020 Manchester Folk Festival launched The Official Folk Albums Chart with a very special live streamed event from HOME in Manchester. You can re-watch this event below.